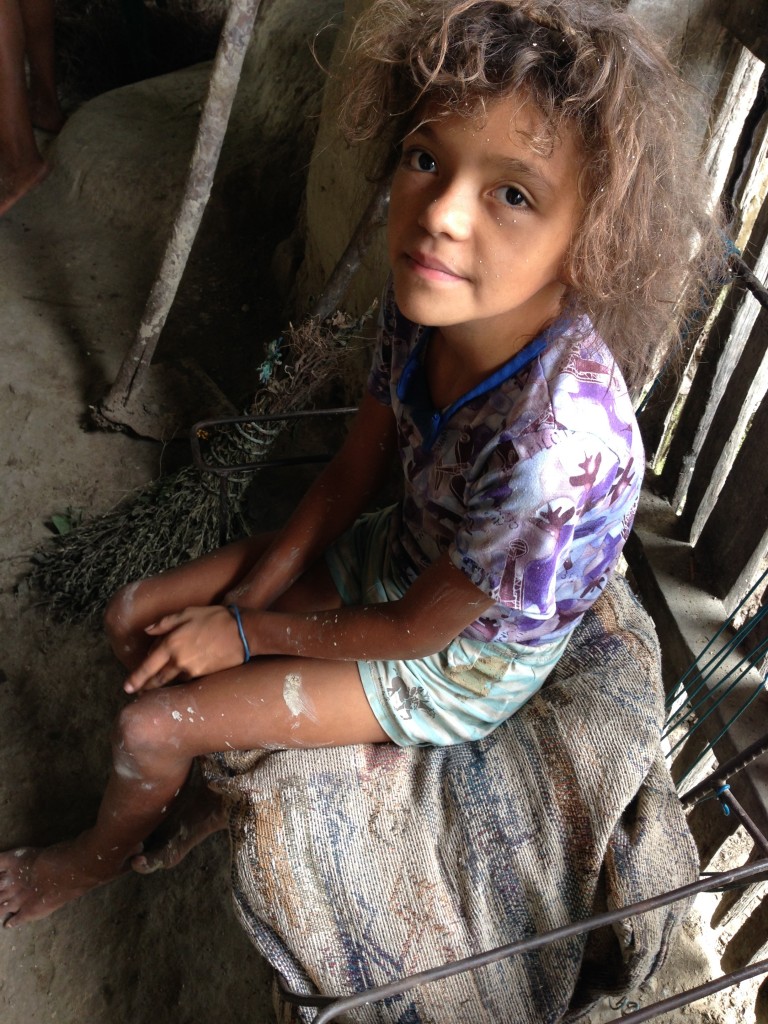 Last week I returned from a trip to Honduras with my Tierra Nueva colleague, Mike Neelley. There we experienced the Spirit’s guidance towards both the “least of these” and towards church leaders with whom we needed to be reconciled for the sake of Jesus’ Kingdom.

Honduran Tierra Nueva director Angel David Calix had planned that we visit some of his family and our old friends, assuming this would be good. En route to the village he received calls from his brother who stated he needed to take care of his cattle. Then David learned that his sister-in-law was off to a larger town to receive a remittance from a daughter in Spain. He thought of the parable of the banquet in Luke 14:16-24, where invited guests excused themselves in favor of pressing obligations, causing the host to send out invitations to the poor and the crippled, the blind and the lame along “highways and byways”. Who then should we visit before our scheduled gathering with the faith community?

As David was considering what we should do he felt God brought to mind people on the extreme margins of his community: an older woman Veneranda, known as the village witch who he’s been reaching out to, her granddaughter Izaguiere, whose husband had died of AIDS and her daughter, Alejandra, both of whom are infected and shunned by the community. Others came to mind who live on the outer edges of a village that had suffered a massive exodus of over 25 families after eight men had been murdered in a string of vengeance killings. David, Mike and I visited and prayed for a number of families along this trail on our way to the gathering, where we sang, discussed a text from the Bible and prayed (see http://youtu.be/MdmYpiLx4nE).

Several of people who had once been part of our group stayed in their homes because they are now attending the Baptist church. Pastors prohibit their members from going to any other gatherings, which sadly means that any of our people who attend other churches are under their control and therefore “off limits”. As I was preparing to travel to Honduras I kept finding myself praying for unity between Christians, and thought that maybe we should seek out some pastors, offering to pray for them in a gesture of reconciliation.

The next day was to be spent in Minas de Oro, going house to house meeting and praying with families who David regularly visits as part of our “Hogares en Transformation” (Homes in Transformation) emphasis. We hiked high into the mountains above the town to meet and pray for Juan Baptista (John the Baptist), a man who had spent his life drinking and fighting, who now is serving as one of David’s right hand men (pictured below).

I noticed off in the distance a team of oxen yoked to a traditional trapiche, a press used to extract the juice out of sugar cane to make sugar. I wanted Mike to see this operation and asked David if we could take a detour. He said there was time in our schedule to stop by the sugar-making operation. As we were walking I remembered that Doña Petrona, the widow of one of our first Tierra Nueva promoters lived just beyond the trapiche. I asked David if we could visit her place and he agreed. As we approached Petrona’s house her son, a man in his late thirties named Noel, greeted us and offered to escort us to his mom’s adobe house further up the mountain.

He shared how 32 years before he had accompanied his father to our first course on sustainable farming at our farm on the outskirts of town. He expressed gratitude for Tierra Nueva and then told us that he was the pastor of the Baptist church. This was a total surprise, and I realized that we were being guided by the Holy Spirit right into this important meeting.

As Doña Petrona served us all strong, sweet Honduran coffee we shared Tierra Nueva’s mission to share Jesus’ extravagant love to people on the margins. He said he hadn’t known this was our mission. We offered to pray for him and he was deeply moved, saying that pastors in Honduras rarely if ever have people offer to pray for him or other pastors he knew. I felt a strong confirmation that my sense of urgency about praying for pastors was part of God’s agenda for this trip, which led us to visit Lucho, the pastor of a Pentecostal church in town. He welcomed our prayers, as did a number of Catholic lay leaders and priests in training, over the next few days.

It was exciting to experience the Spirit’s guidance as we traveled from village to village, from house to house. May you, too, experience God’s guidance as you go about your daily tasks this Christmas season.

Please pray for David as he continues to reach out to pastors, promoting unity in a deeply divided community. Listen to his description of his mission here http://youtu.be/w_rIVO_uDmY

Pray also pray for healing of Isaguire and her daughter Alejandra and for ongoing conversion for their grandmother Veneranda, as she is now actively turning away from the dark side to Jesus.

We are seeking to raise $20,000 to build buildings in Mal Paso and Minas de Oro that will serve as a training centers and gathering places for our growing faith communities. If you would like to contribute you can give electronically through this link: https://www.egsnetwork.com/gift/gift.php?giftid=E4EB2CF9D2AC4AF. Or, you can send donations to Tierra Nueva, Attn: Honduras, PO Box 161, Burlington, WA 98233, USA. 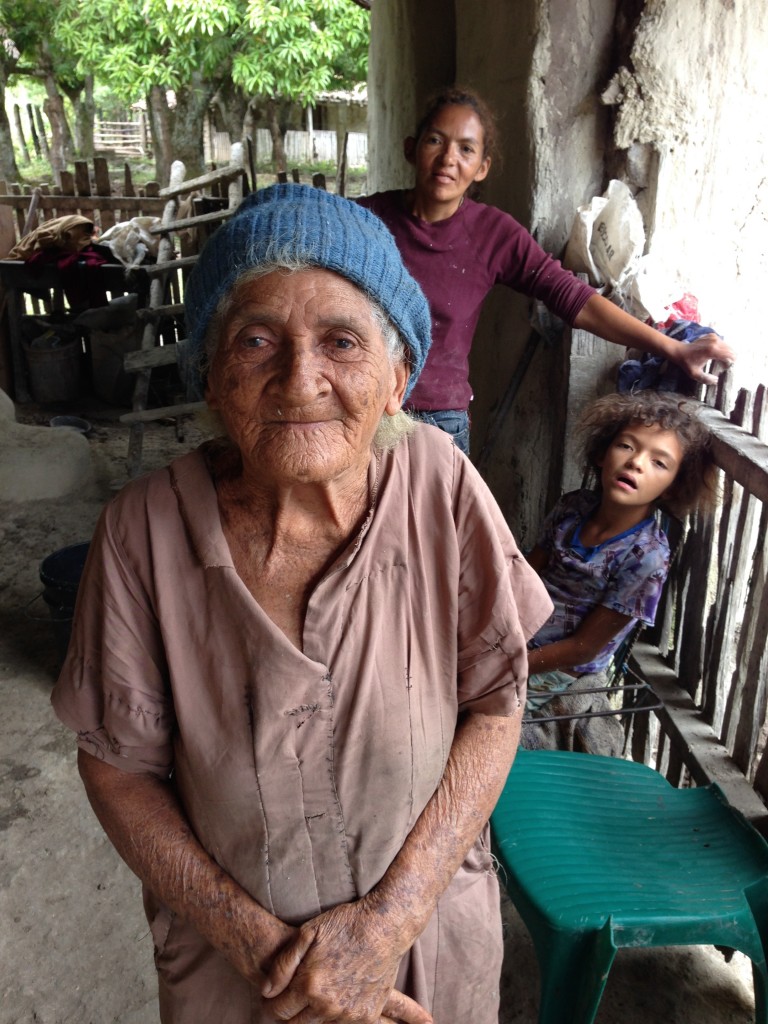 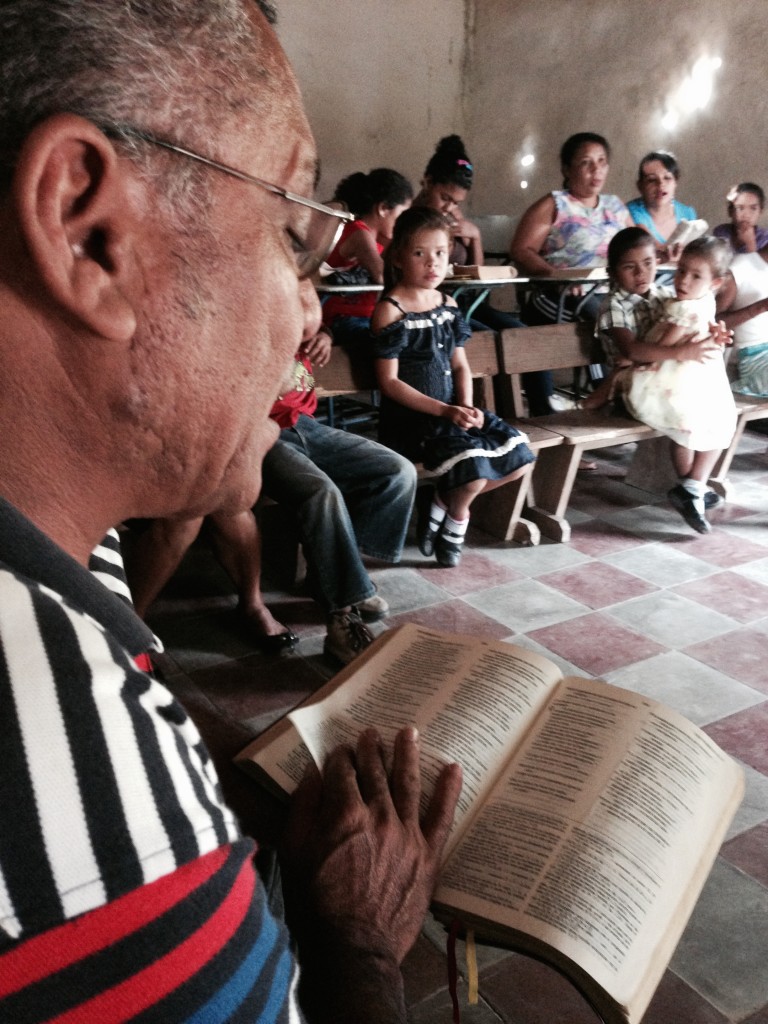