“Devote yourselves to prayer, keeping alert in it with an attitude of thanksgiving; praying at the same time for us as well, that God may open up to us a door for the word, so that we may speak forth the mystery of Christ, for which I have also been imprisoned; in order that I may make it clear in the way I ought to speak. Conduct yourselves with wisdom toward outsiders, making the most of the opportunity.” (Col 2:2-5)

Paul’s words here strike me as especially relevant today after being briefly detained and denied entry into the UK this past Friday.  I feel called to invite others too into Paul’s posture—especially after seeing how a dear Mexican friend, Evaristo faces deportation over legal details (see below).

Paul writes as someone who has done serious jail time for crossing boundaries for the sake of the Gospel.  He shows true humility, calling for devotion to prayer, alertness and thanksgiving “that God may open up to us door for the word,”

This past month Gracie and I have traveled freely through the Euro zone, responding to invitations to teach and minister in Stockholm, Riga (Latvia) and Tallin (Estonia).  We assumed there would be no problem leaving France for the UK last Friday.  We have done this fairly often, though not always without difficulties.  We were heading over to celebrate Anna’s 17th birthday with friends, and I was scheduled to preach and lead a Kingdom Theology Taster Day in London on Sunday.  Now we are reminded that doors that open to us (and others) are fragile and need to be approached even more prayerfully.  We have an adversary who seeks to thwart our movements—refusing us entry or even casting us out.

Getting on the Eurostar train from Paris to London involved first going through French immigration in the Gar du Nord train station in Paris, where National Police officers stamped our passports as we officially left France. Then on to the UK border, where a Caucasian UK Border Agency official chatted amiably with us, looking like she was going to let us in.  Suddenly, though, a wary look came over her face, and she started asking questions about our legal status in France.

Since every time you re-enter France from outside the Euro zone you are permitted three months as a tourist, our family has coordinated our trips to comply with this law.  Many people who are here less than a year do this without problems.  The eager official cited some technical illegalities about what we were doing, took our passports to the French police, and returned to tell us that the French would not guarantee us re-entry on Sunday night, so consequently she would not admit us but was turning us over to them.  She couldn’t tell us what they would do with us.

So there we waited where the officials had left us for three hours, beside long lines of passengers who were successfully going through British immigration in this in between countries zone where our future felt suddenly really uncertain.  I was texting friends in the UK and France about our dilemma, asking for prayer, when I received an encouraging text from Gilles Boucomont, our pastor friend here in Paris. “As a French citizen and in the name of Jesus I welcome you onto this territory.”

Just then another UK Border official, an Afro-Caribbean woman who herself migrated to the UK took over the process, escorting us into a room to be fingerprinted.  She was amazingly friendly and surprisingly critical of what was happening.  She even let us take pictures of the process before turning us over to the French “Police Nationale”.

The French official, looking very serious said: “So, we have a problem.” We told him that we thought we were in compliance with the law, and that we had been leaving the country every three months since we arrived last August.  He searched our passports and found all the stamps that showed we’d left France and re-entered as stated.  He said: “OK, no problem,” showing us that based on our last stamp we still had 9 days before three months was over (affirming what we’d been doing).

We had an interesting conversation about immigration politics, where he expressed his grave concern about France being overrun by immigrants.  “Look, Monsieur Obama has expelled 400,000 illegal immigrants this past year— and we only 3,000!” He corrected me when I used the word “deporté”, which for the French refers to French Jews and others being sent off to their death in German concentration camps during WWII.  “Expulsé” is the word he said, which didn’t sound any nicer.  Finally he gave us back our passports, telling us to get extensions at the Prefecture for the rest of our stay, and had another officer usher us back into official France.  Yesterday at the Prefecture I learned that the only way to get an extension, is to leave the country as we were trying to Friday.

Fortunately, I leave midweek for nearly three weeks in Thailand, Indonesia, Australia and New Zealand, and Gracie joins me next week in Sydney.  I am reminded of what a gift it is to be welcomed across borders, into new lands and communities for the work of Jesus’ Kingdom.  I am also grateful that we can experience even to this small degree what it feels like to be strangers and aliens, risking deportation– since for so many years we have worked with illegal immigrants.  I’m also reminded of how critical it is that we have people praying for us so barriers are removed, doors will open and ministry can go forward.  We appreciate your intercession.

On another front back in Burlington, WA on this same day, May 11, I learn that a young Mexican man we have been advocating for is facing deportation.  I include my colleague Chris Hoke’s update on him below and ask for your prayers.

“Evaristo Solano is one of the most hopeful stories we at Tierra Nueva have encountered in our ministry with both undocumented migrants from Oaxaca, Mexico, and with Chicano gang members.  Five years ago, after losing his big toe in a firearm accident with delinquent youth, Evaristo lost his high school wrestling opportunity.

He began to drink, heavily, like his father. When in despair he robbed a corner market for a case of beer, Evaristo landed in jail with a theft felony charge. Just before being handed over for deportation, he came into relationship with us as jail chaplains, and things began to change. He came to renewed faith, received healing in his leg and foot, and we connected him with an immigration attorney.

Through the last five years, Evaristo has seen miracle after miracle: getting immigration bail dropped to just about nothing, getting back into university as a minority student with a scholarship, moving into our ministry community building, getting married to his wife Alicia, having a son Alex, beating one immigration court after another even when our lawyer said he was done for, and all the while coming into relationship with God as the Father he never had.

In the last year, he has become an example of hope for many other young men trying to imagine leaving the gang life and becoming the kinds of fathers they want to be. He was about to get his green card, as a resident in the U.S., this month.

Then, possibly due to current anti-immigrant sentiment and political pressure in the country, the immigration officials surprisingly rejected his overwhelmingly positive application for status. Now he could be deported and separated from his wife and son permanently.

Please help us pray in these three ways regarding Evaristo’s case:

1. By blessing the county prosecutor, Erik Pedersen, who has the power to go back and vacate (forgive) Evaristo’s felony five years ago, when he stole the beer from the corner store.  Even the store owner has reconciled with Evaristo and is on his side–but the prosecutor is not moved.  Yet.

2. By praying for more of the Holy Spirit–the defense Counselor–to push with us in our appeal case this month. It will take legal savvy, lots of paperwork, and God providing the funds from among his people to cover many of the legal fees ahead.

3. By covering Evaristo and his family in prayer. His heart, his identity as God’s prized and adopted son, is at the heart of this struggle. When Evaristo is closest to his Father, living out his calling as a son of God, reconciling with each person in his past and present, the Enemy has less hold on his life.

There are high calls on Evaristo and Alicia’s lives, and on your as well.   May God make us prayerful, alert and thankful, “opening up to us a door for the word, so that we may speak forth the mystery of Christ.” 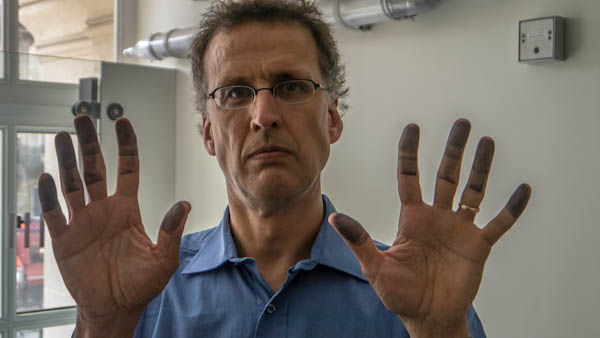