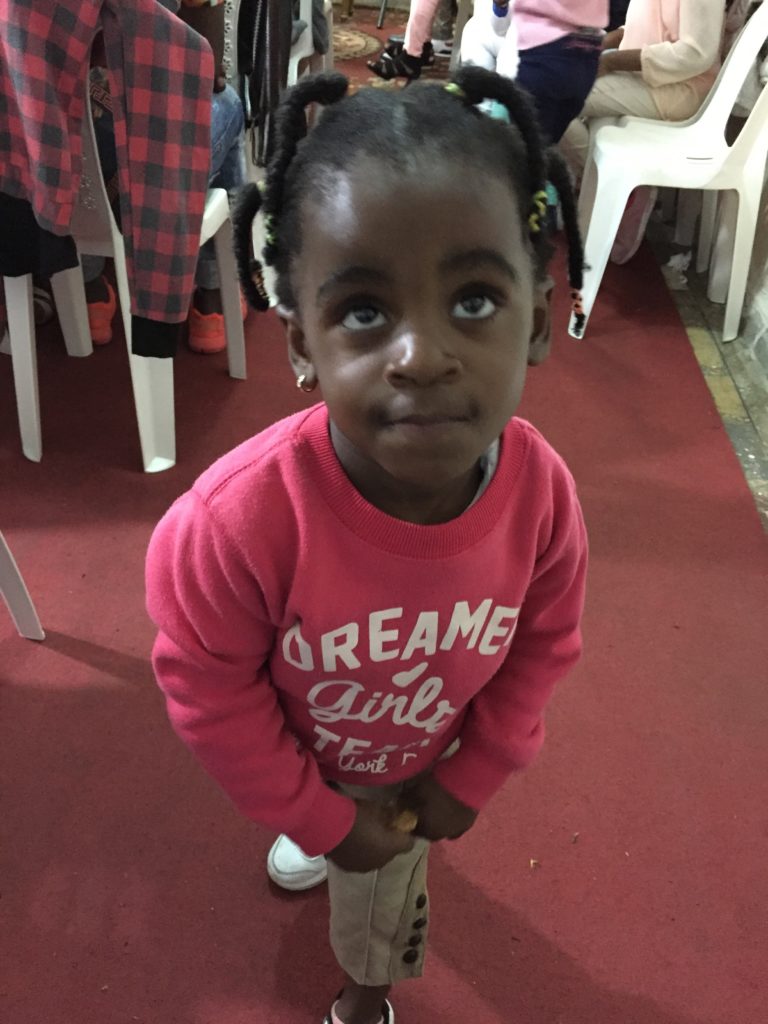 We have spent the past ten days with Sub-Saharan African migrants in Egypt and Morocco—most of whom are undocumented. Spending time with these vulnerable and courageous people has refreshed our perspective on life and faith.

I share these thoughts on migration and immigration in response to disturbing news articles I’m reading about anti-immigrant rhetoric in the USA and Europe–and I hope to dissuade people of faith from any collusion with negative attitudes and the promotion of restrictive policies.

This past Sunday I preached at an underground church made up or largely undocumented African immigrants living in Morocco. Morocco is now the preferred crossing point for Africans seeking to enter Europe—though many have no choice but to seek passage via war zones like Yemen, or failed states like Libya.

At the Moroccan-Spanish border, high fences, dangerous waters and strict immigration enforcement are keeping migrants from leaving the African continent. Hundreds of thousands are blocked, settling in a foreign land. Many more are currently en route from countries ravaged by war, political impasses and poverty.

People told us of tremendous suffering in places like the Democratic Republic of Congo. “To tell people not to leave their country is like telling someone to not jump from a burning building,” a pastor from Congo told us. He and another Christian leader recounted going for days without eating in order to give what little they had to their hungry children.

Many of these migrants are Christians. We spent four days worshipping and studying Scripture together with a group of 40 French-speaking pastors and leaders who are taking our Certificate in Transformational Ministry at the Margins. They were from the Democratic Republic of Congo, the Republic of Congo, Cameroon, Ivory Coast, Senegal and Guinea– all French-speaking Sub-Saharan African countries.

People told us harrowing stories of having to pass through the Sahara desert, where they were robbed of everything of value (including their clothes and shoes) at gun or knife point by marauding gangs. Others told us of having to drink urine or die. Migrant women are often raped and forced into prostitution. We prayed for healing for women who had been infected with the AIDS virus through forced prostitution.

Pastors recounted how they regularly officiate at funeral services for acquaintances and even family members who drown in attempted crossings of dangerous waters at the meeting of the Atlantic Ocean and the Mediterranean in over-crowded inflatable boats. These leaders needed deep comfort and encouragement as they accompany migrants battered by traumatic experiences.

One man in his early thirties named Jean-Luc from Cameroon told me how God spoke to him repeatedly to leave his country and head to Europe as a missionary. He journeyed overland through Nigeria, Niger, Mali, and Algeria, working for small change along the way. Like many others he spent several months in the Sahara desert in Algeria, struggling to pull together enough money to pay smugglers to get into Morocco.

Jean-Luc has been in Morocco since February, but is finding it difficult to get work. He makes the equivalent of 6 to10 dollars a day, cutting firewood for bakeries. Yet his sights are set on God’s call on his life, wherever that will take him—to win people over to Jesus.

Morocco is 99% Muslim. It is illegal for Christians to evangelize Muslims. This leaves established churches (and other Christian organizations like the seminary where we were teaching) to focus their theological formation on African immigrants and other foreigners. Since migrant churches are made up largely of undocumented immigrants living their lives under the radar, there is little stopping them from reaching out to Moroccans or Muslim migrants.

People told us how they prayer walk their cities and neighborhoods, reach out to homeless migrant youth coming from new countries like Guinea, meet three times a week for worship and prayer and see their churches growing and the need to plant new ones in other cities. They were eager for our training to support their demanding, front-line missions.

Gracie and I worshipped this past Sunday with 60 plus African migrants in a damp, musty underground room accessed by a steep cement staircase. All I could think about as people danced and sang were Jesus’ words to his disciples: “Blessed are the meek, for they shall inherit the earth.” Are we Western Christians counted among these meek?

I preached on Hebrews 11, which highlights Abraham’s exodus from his country to a place he was to receive as an inheritance.

“By faith he lived as an alien in the land of promise, as in a foreign land, dwelling in tents with Isaac and Jacob, fellow heirs of the same promise, for he was looking for the city which has foundations, whose architect and builder is God” (Heb 11:9-10).

This Biblical passage seemed written for these dear people, and yet it appears to offer very little concrete hope for a secure material future in this world. This verse most certainly challenges today’s entitlement mentality, and growing security-conscious “me and my country” first attitudes.

“All these died in faith, without receiving the promises, but having seen them and having welcomed them from a distance, and having confessed that they were strangers and exiles on the earth” (Heb 11:13).

Is this how you see yourself, as a stranger or an alien? If we have died with Christ and we have a new identity according to the Spirit, then I believe our identity according to flesh (nationality, race, social class…) must be submitted to a higher allegiance to Jesus and the Kingdom of God.

This passage in Hebrews 11 spoke directly to this African congregation. They “are seeking a better country, that is, a heavenly one.” I keep asking myself if this is in fact what I am seeking.

“Therefore God is not ashamed to be called their God— that is your God!,” I proclaimed to radiant faces. “For God has prepared a city for you!” (Heb 11:16)

Hebrews 11:33-35 describes these very stranger/alien people of faith as having “conquered kingdoms, performed acts of righteousness, obtained promises, shut the mouths of lions, quenched the power of fire, escaped the edge of the sword, from weakness were made strong, became mighty in war, put foreign armies to flight. Women received back their dead by resurrection; and others were tortured, not accepting their release, so that they might obtain a better resurrection.”

The people told us their own stories of healings, face-to-face encounters with Jesus, and even resurrections from the dead that they had witnessed. Others could certainly identify firsthand with adversities like “mockings and scourgings, chains and imprisonment…being destitute, afflicted, ill-treated (Heb 11:36-38).

As I read on about “people of whom the world was not worthy, wandering in deserts and mountains and caves and holes in the ground” I asked the congregation “how many of you have wandered through the Sahara desert?”

Hands went up around the room, including those of some who were still children and adolescents! They are counted among the people described as heroes of faith—and God is not ashamed to be called their God! These are the meek who will inherit the earth, “having gained approval through their faith, did not receive what was promised, because God had provided something better for us, so that apart from us they would not be made perfect” (Heb 11:39-40).

As we fly home now, I am thinking of the thousands of migrants from Africa heading to Europe and Central Americans en route to the United States. I know from years of travel to Honduras that gang violence and poverty make life near impossible.

May we not harden our hearts to the poor and desperate.

Undoubtedly many of these migrants are people of deep Christian faith, willing to risk all to seek a future. I hope that we will not oppose the spiritual renewal God wants to bring into our nations through those who come bearing good news. I hope we can welcome vulnerable migrants, keeping our ears open to legitimate asylum claims.

Rather than taking the side of border and law enforcement, may we identify with the one who “has nowhere to lay his head” (Luke 9:58). May we remember some of the earliest appeals in Scripture to embrace the foreigner.

‘The stranger who resides with you shall be to you as the native among you, and you shall love him as yourself, for you were aliens in the land of Egypt; I am the LORD your God.” Lev. 19:34

“Let love of the brethren continue. Do not neglect to show hospitality to strangers, for by this some have entertained angels without knowing it. Remember the prisoners, as though in prison with them, and those who are ill-treated, since you yourselves also are in the body” (Hebrews 13:1-3). 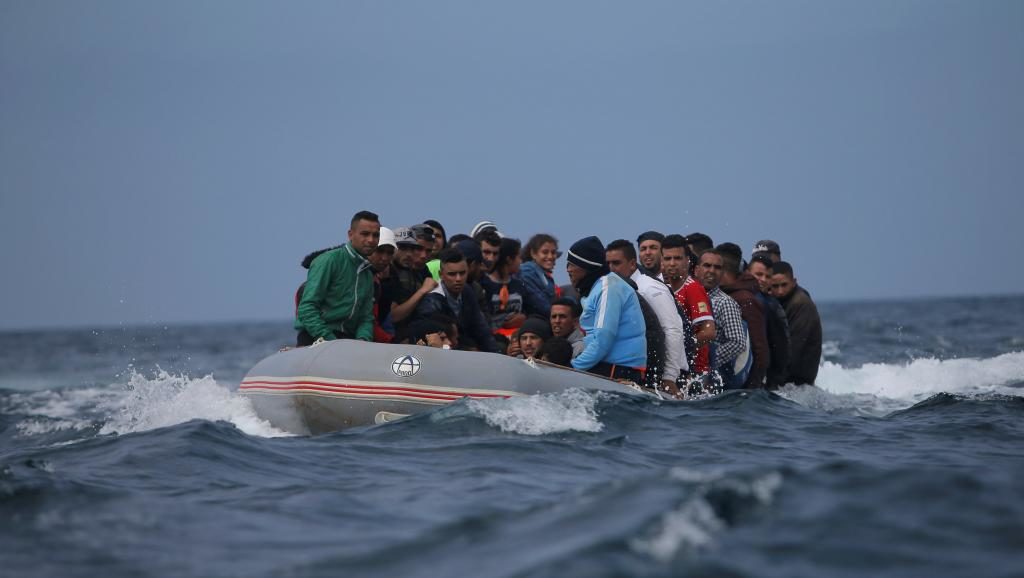 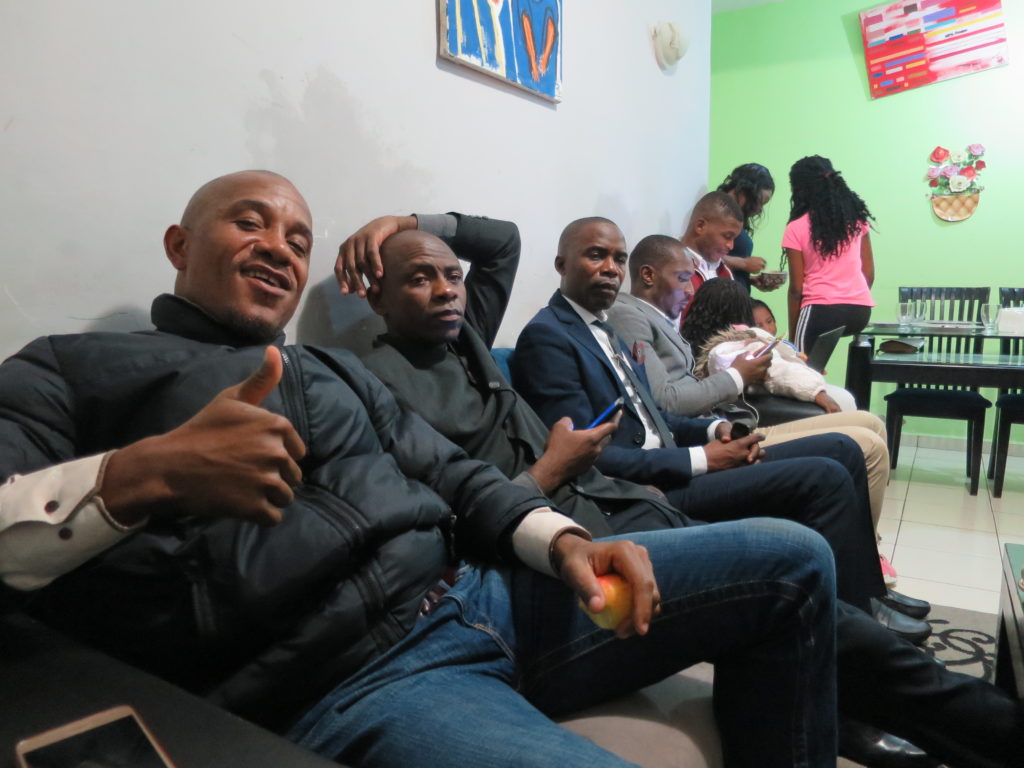 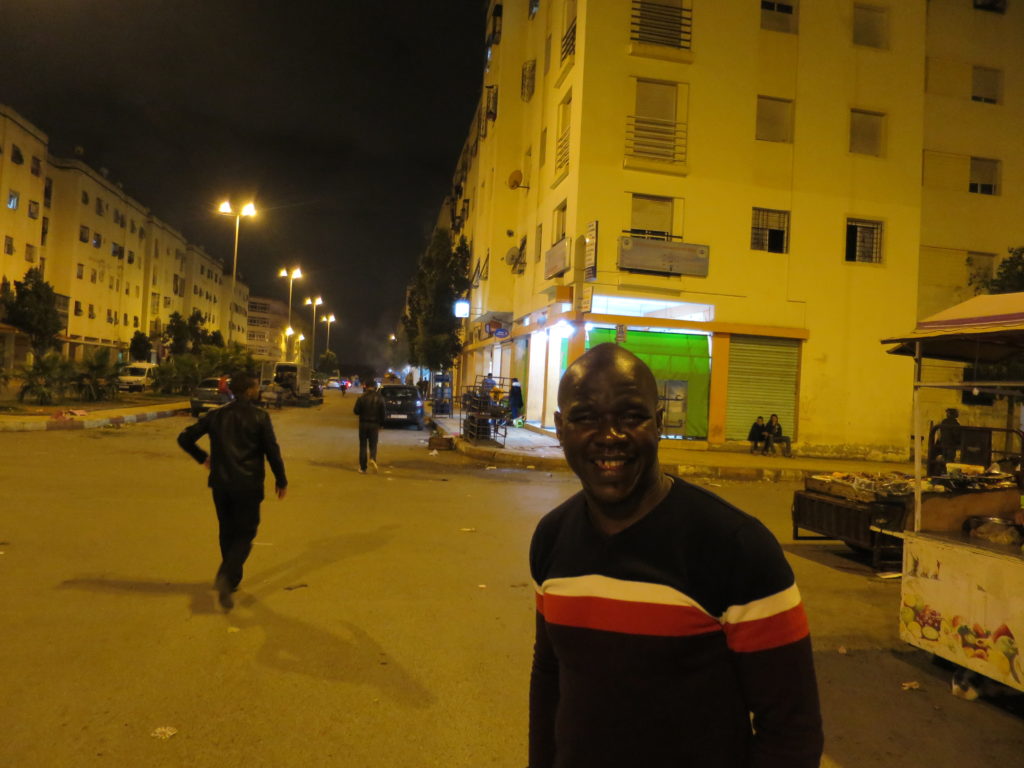 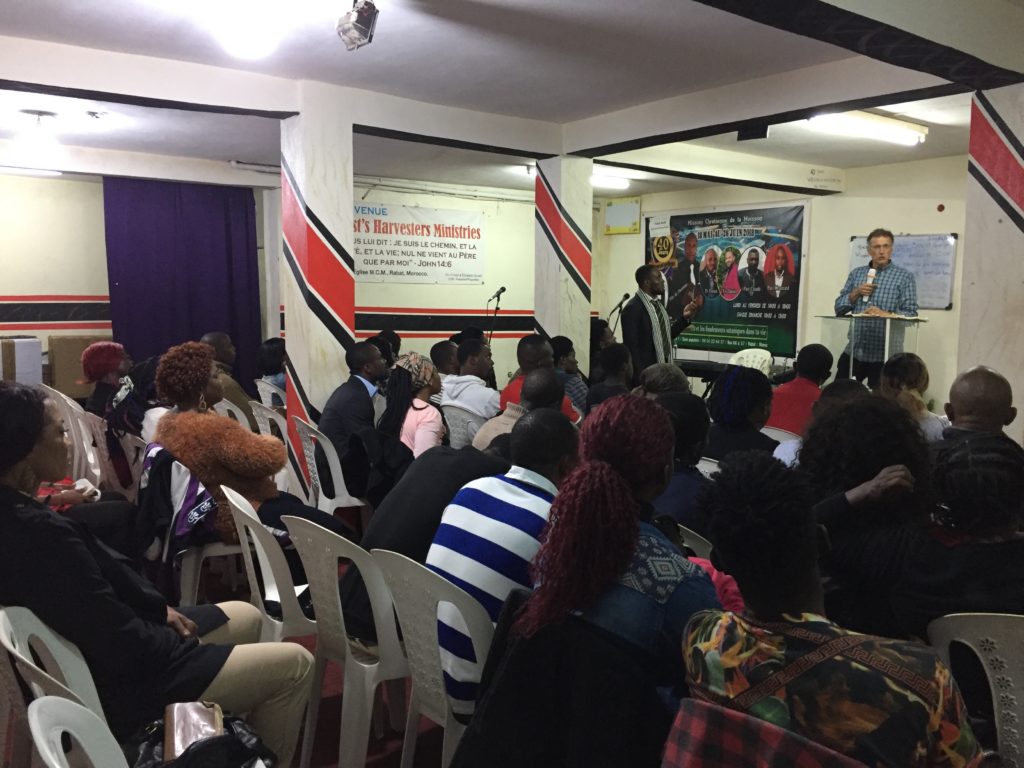 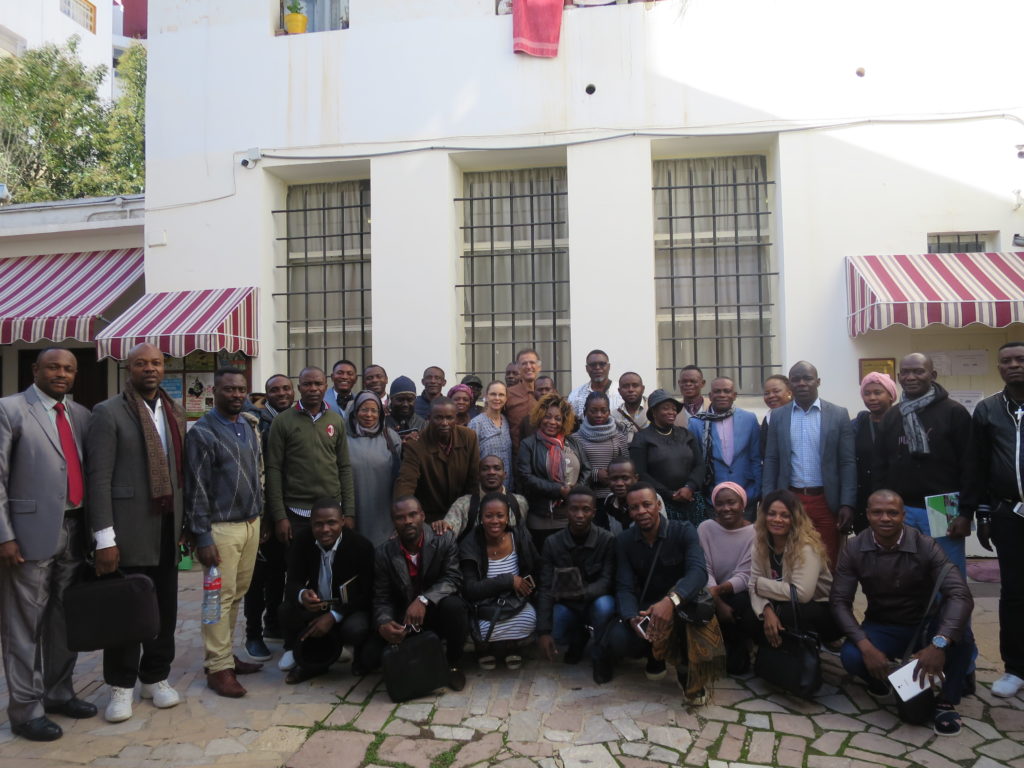