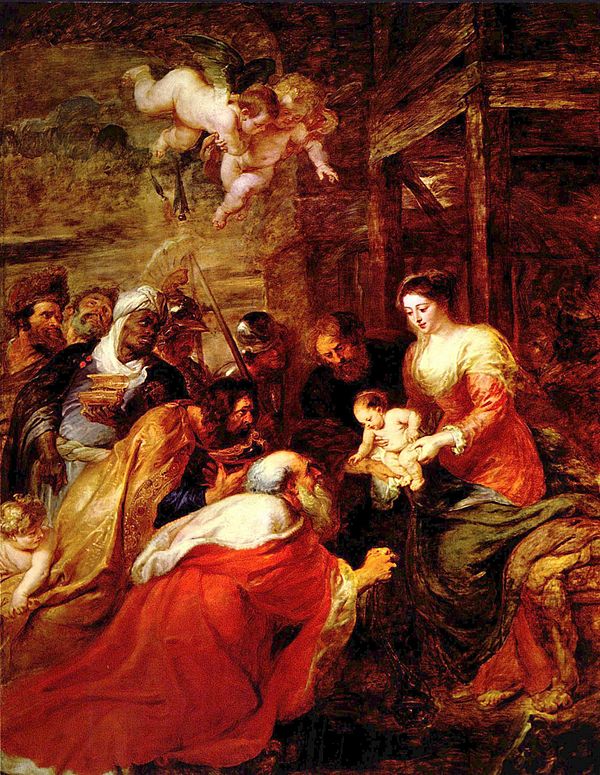 This Epiphany as we celebrate God’s self-revelation as King Jesus, I am struck by the extreme danger of choosing to trust in self, other gods and human rulers.

Today in America, Western Europe and beyond people are expressing their desire for stronger, more authoritarian leadership in a climate of increasing fear and insecurity. Many are calling for leaders who will put up walls, enforce laws with greater vigor and take stands for citizens against the rising tides of refugees, immigrants and terrorists. Jobs, borders, and benefits for us—not them.

In the days of Samuel the people of Israel tired of corruption and threats from menacing Philistines to the point of saying to him: “Now appoint a king for us to judge us like all the nations” (1 Samuel 8:8). Samuel was unhappy with this request and went to the Lord, who said: “Listen to the voice of the people in regard to all that they say to you, for they have not rejected you, but they have rejected Me from being king over them” (v. 7)

Today in America we see too many of God’s people reflecting a similar fatigue and request, and it appears to have been granted them in the recent presidential election (81% of White Evangelicals and over 60% White Catholics voted for Trump). While God’s prophet Samuel went along with the people’s request for a king in obedience to God, he did not endorse the majority sentiment and choice, and neither should we.

Rather God told the prophet to solemnly warn people (v. 9) of the miseries that awaited them, which were played out in graphic detail as king after king did what was evil in the sight of the Lord, and the people ended up in exile. Samuel warned those who “elected” Israel’s first king of many negative consequences (see 1 Samuel 8:11-17), bluntly stating “then you will cry out in that day because of your king whom you have chosen for yourselves, but the Lord will not answer you in that day” (v. 18).

Samuel anointed Saul and then the Old Testament prophetic tradition of speaking truth to power stepped into high gear. Now is the time for a resurgence of prophetic ministry informed by Word, Spirit and street realities. It is critical that anyone stepping into this calling be rooted and grounded in God’s love, be informed by sources dear to God’s heart, exercise great wisdom, and are bold in speaking truth.

Scripture informs God’s prophet, who learns that the One awaited as God’s Messiah is a King not like the leaders of other nations. This King puts the poor and vulnerable at the center.

“For he will deliver the needy when he cries for help, the afflicted also, and him who has no helper. He will have compassion on the poor and needy, and the lives of the needy he will save. He will rescue their life from oppression and violence, and their blood will be precious in his sight” Psalm 72:12-14

Attentive listening to the poor and marginalized in our communities will alert us to the failure of political parties past and present to address the deeper wounds, maladies and injustices that breed chaos in our streets, and to the high-priorities that elected officials must address.

Urgent is the need for reformation of the US prison and immigration systems, and the way law-enforcement is practiced. Our legal systems require a deep overhaul, without which vulnerable people will continue to be crushed under the weight of sanctions, requirements and debt. Effective reformation can only happen if the voices of prisoners and their families, undocumented immigrants and their advocates, those struggling with addictions and mental health disorders and their advocates are pursued, heard and responded to. Are there any signs that these are the priorities of today’s political leaders? If not, we must call for this and ourselves embody lives of reformation in alignment with the Biblical prophetic call for justice.

Without reformation from the bottom up (as well as from the top down), there will no peace in our lands—but rather growing chaos and the rise of the police State. And without the one and only Peacemaker Jesus himself– and a growing movement of people devoted to following him, there will be no peace.

This is the One who the wise men from the East were led to by the star, the One wrapped in swaddling clothes, who the shepherds first found. Jesus must be lifted up by Christians as Commander-and-Chief in these perilous times. Jesus’ inauguration happened on the cross as he was robed, crowned with thorns and crucified King of the Jews, and continues to be effective now. If you are an American, consider commemorating Jesus’ inauguration as King this January 20 through reading the Gospel account, celebrating communion or affirming your own declaration of allegiance.

Unlike a strong armed, authoritarian leader Jesus came to: “break the yoke of their burden and the staff on their shoulders, the rod of their oppressor, as at the battle of Midian. For every boot of the booted warrior in the battle tumult, and cloak rolled in blood, will be for burning, fuel for the fire. For a child will be born to us, a son will be given to us; and the government will rest on his shoulders; and his name will be called Wonderful Counselor, Mighty God, Eternal Father, Prince of Peace” (Isaiah 9:4-7).

Following Jesus, the Prince of Peace is about joining a movement that began long ago and must continue forward through the humble work of loving neighbors: feeding the hungry, inviting in the stranger, clothing the naked, visiting prisoners. (See the Matthew 25 pledge). Stepping into Jesus’ movement is joining the only side that brings God’s government into our broken world, as Isaiah 9 beautifully prophesies.

“There will be no end to the increase of his government or of peace, on the throne of David and over his kingdom, to establish it and to uphold it with justice and righteousness from then on and forevermore. The zeal of the Lord of hosts will accomplish this.” May you be filled with zeal for Jesus and his Kingdom this Epiphany and beyond as you begin 2017.